Towards A Greener, Healthier Living

Panvel popularly referred to as the Gateway to the Konkan can also be called the Gateway of Mumbai.

Panvel finds its roots way back in the eras of the Mughals, Marathas, British and the Portuguese as a township developed around a land and sea trade route. Previously known as Paneli, the town prospered and grew thereafter becoming a key port and the site of Chhatrapati Shivaji’s famed cannons.

More than 300 years later, the city retains much of its historic, cultural and natural significance, offering residents breathtaking views of mesmerizing mountainscapes and pristine surroundings.

On the anvil are plans to transform Panvel into a Smart Green city that seamlessly blends the luxuries of modernity with the wellness of serenity. Families shifting into Balaji Symphony’s upcoming residential Projects in Panvel will greatly benefit from Panvel’s many Pluses.

New Panvel, is set to become a major education and IT hub, dotted with several universities and IT Parks. The upcoming Gulf Finance House Economic Development Zone is slated to house 140,000 residents, generating direct employment for 250,000 people and indirect employment for as many as 750,000.

This property/project is mortgaged with ICICI Bank Ltd. No objection certificate (NOC) for sale of flats/property will be provided as and when required 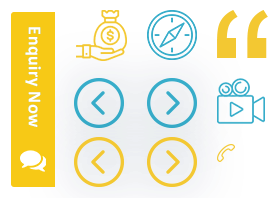